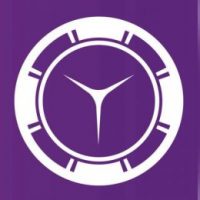 YOUnited is Gaming & Betting Platform based on the principles of fairness within a blockchain environment using its own UNTD tokens. With its own gaming protocol, the very essence of YOUnited is the idea that a player competes against other players, not against the house resulting in the fact that every single game has a winner(s) among the players while playing his/her favorite games.

YOUnited is thus turning the classic (online) casino inside out by creating a truly fair gaming and betting system negating the role of the house. Since there is no house, there is zero house edge.

The probability to win any game is 1 to the number of players participating in the given game. As a result, it gives each player higher and fair chances to win.

– we have a popup modal window that will navigate the user through the process
– you can click on profile and the affiliate to get the referral link if you close the popup by mistake
– if any of the friends buy any amount of coins, the user who invited them will get the amount of coins equivalent to 20% of this purchase.
– there is 7mil UNTD total supply

Follow us to never miss any crypto airdrops again!